You’re a CIO because your Career Is Over

05 Oct You’re a CIO because your Career Is Over

It seems that many companies would be well advised to install revolving doors on the offices of Chief Information Officers (CIO’s). The March 2009 survey by CIO Magazine found that 24% of the 265 companies surveyed asked their previous CIO to leave due to ‘poor performance’.

This means that CIO’s shared ‘top spot’ with Chief Financial Officers for being most likely to be dismissed on performance related grounds.

The way in which the survey results were framed is obviously open to interpretation and debate since ‘poor performance’ can mean radically different things in different contexts. It can even mean ‘Did not agree with the new CEO’s strategic direction’ in some cases. This does not, however, take away from the fact that there is a widely shared perception that becoming a CIO is somewhat of a mixed blessing as you might soon be heading for the exit.

There are obviously many complex reasons behind this game of ‘corporate musical chairs’, but I believe that the (relatively) old maxim that ‘Business does not understand IT and IT does not understand business’ is perhaps worth quoting here. It is unfortunately often the case that CIO’s are fired on the basis of ‘unrealised miracles’ that were eagerly expected by a management team that did not understand what IT can and cannot do. IT departments can, on the other hand, also often be ‘blamed’ for not clearly making the business case for certain innovations.

This is obviously not the place to try and plot a ‘CIO Survival Strategy’ but I do think that there are a few basic things that CIO’s should keep in mind as they navigate the treacherous seas of corporate politics. These include the following:

Some suggestions for increasing ‘CIO Longevity’ can be found here

And for one of the better new texts, see Peter Weill’s IT Savvy: What Top Executives Must Know to Go from Pain to Gain

Imagine the excitement of starting again, no baggage, and building a new (or improved) IT organisation; Of being able to 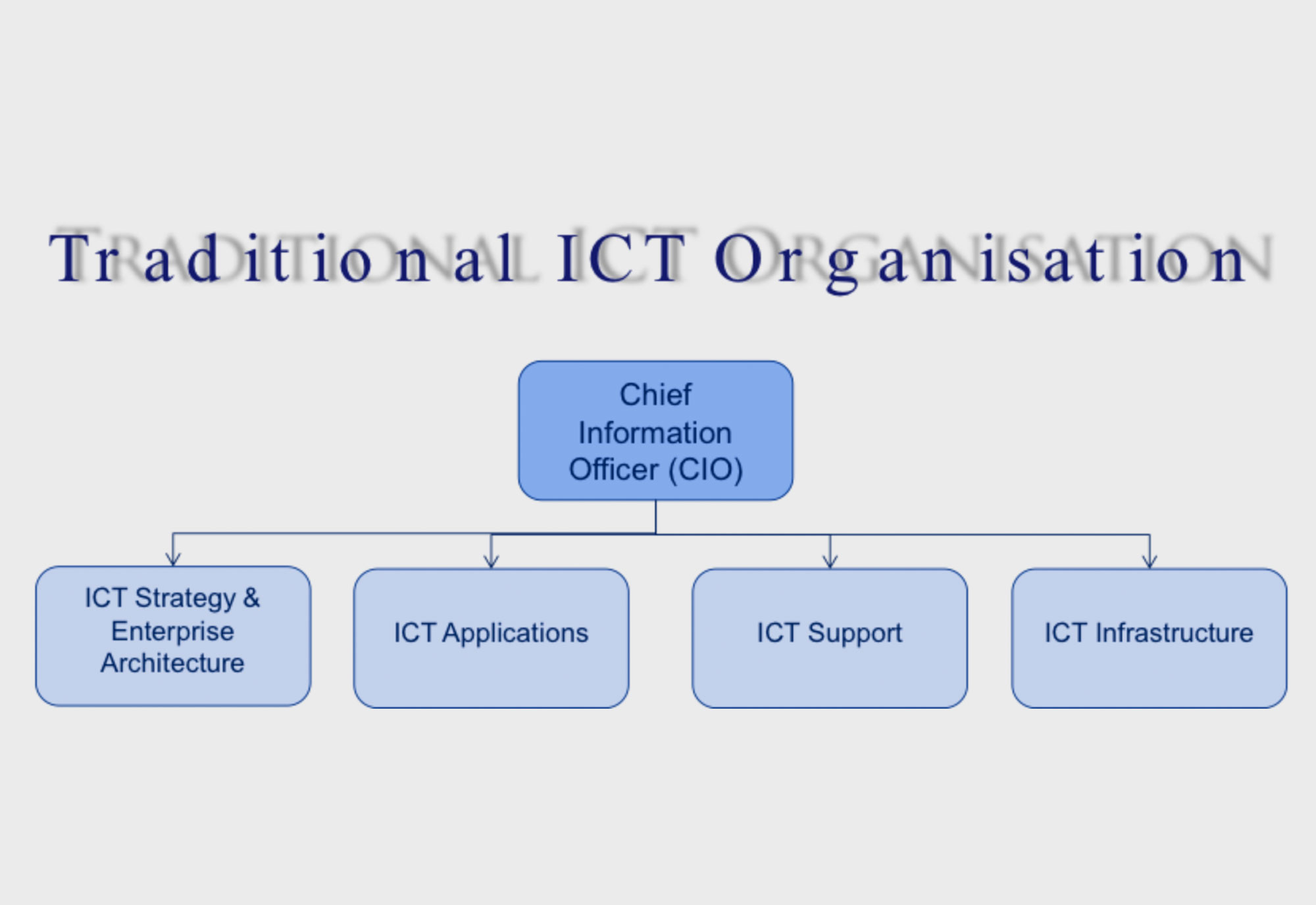 Within ten years, (by 2025) the traditional internal ICT Organisation will cease to exist. The statement might seem confronting and

During and beyond transitions to ICT as a Service. CIOs and business change leaders will face many challenges when moving

This is a question that frequently raised its head during my tenure as a CIO. Almost as frequently as: does