There has been some recent debate about project performance/failure rates and the difference between public and private sector project delivery performance.

I would argue that clarity of objectives is one of the major challenges facing the public sector, with political and social outcomes sometimes driving certain initiatives. This is not to say that this isn’t the case in Private Sector. It can be, but I would argue that projects aimed at achieving political and social objectives (in full or part) are more common in the public sector than private. This is a big issue. Without clarity of objectives, and perhaps the ability to measure against them, then directing stakeholders towards a common objective is more challenging.

And in assessing performance how can one say that an objective has been achieved when they cannot be measured. Or perhaps in politics, if I become skeptical for a moment, how can one say it hasn’t been achieved!
While there is the apparent openness of project performance in the Public Sector through reports such as the Victorian Government Ombudsman report (which focused on 10 projects), and various reports surrounding Queensland Health (one project), these are all fairly catastrophic failures, and therefore have become quite public and could not be hidden, even if that was preferred.

At last count, Queensland Government is said to have over 1000 projects of a scale worthy of being included in the incoming government’s audit of IT. And if we apply this scale to Victoria, then the Vic Ombudsman’s report (which I would argue was a very broad public review in recent history of government IT reviews) only picked out 1% that they knew were worthy of using as examples.

I would also argue that this same inability to hide from the truth is what drives private company reporting, or at least private listed companies, if not privately owned companies. Think banks, Aust Pharma to see that statutory reporting drives the need to fess up to IT related project failures. Other than examples which come out through ASX disclosures and similar regulatory requirements it is rare for status to be reported.

So, as for openness, I don’t see much difference. As for performance, then I would think that it depends on the assessment criteria. If the criteria states that the inability to effectively measure project objectives makes for a project’s failure, then it is likely that the public sector would lose on the performance ranking.

As for the impact this dynamic has on attempted benefits management improvements in the Queensland Public Sector in the last few years, well perhaps that is a topic left to another time. 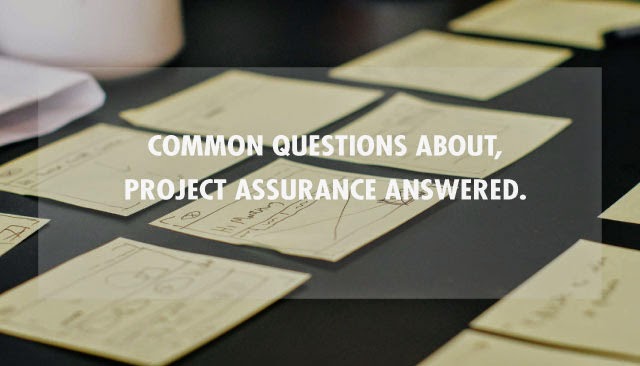 Project Assurance: When Is The Right Time?

If you are overseeing a Program or Project, is there a right time or a wrong time to perform Assurance?

What ever happened to e- ?

What ever happened to e- ? You remember don’t you? The time when everything that had some technology element to