As management practitioners of all things ICT and business change, us IPers read with note recently that the Australian Institute of Project Management (AIPM) recently held their annual ball, and that it was a masquerade ball.

Now all sorts of thoughts ran through our mind about this..and the funny puns we could make.  Then came the reality of playing this out on social media and the dangers involved in misfiring jokes.  So as management consulting types, what did we do. Well we talked about it.  And after a quick debate we thought we could make some comments, but they had to be good taste and they should not be personal in any way.  Certainly we had to be thoughtful and responsible citizens on social media.

Recent news has highlighted many reasons to stay away from social media, particularly if your name happens to be Jones, Gillard or Abbott, and the last thing we wanted to do was open up a can of worms that we couldn’t close.  But we also know that social media isn’t going away, and every opportunity like this is an opportunity to test the waters of what we could and could not say, and be lively vibrant members of the communities we are involved in.

At the same time, we are very fond of our Project Manager sole mates, in fact we have many of them among us.  I even count myself amongst this crowd, presenting to the AIPM Queensland State Conference last month.  And as we are fond of them, then the brotherly and Aussie thing to do is to reflect that love with a joke or two.  Besides, if the comedy, “Big Bang Theory” can be tastefully funny, rejoicing the diversity of professional life, and do so in a way that is non offensive then isn’t it worth a try?

The question then became, what kind of jokes.  How can we be tastefully funny, non-personal and avoid the cans of worms?  After all, social media seems to have increased the available cans of worms which can be easily and unknowingly opened.

We had a nice repertoire of one liners ready, just perfect for a bunch of Project Managers dressing up in masquerade!  Lines like: 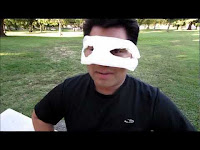 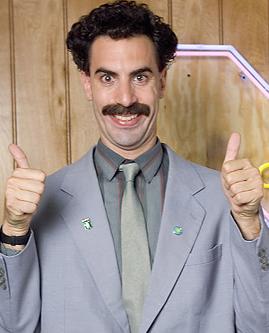 But in the end, we became too concerned about causing offence to anyone .  We gave up.  We have the brain power of multiple CIOs, CFOs and more serious management grunt than many ICT shops in Australia could poke a stick at, but we took the easy way out.  Yes, the risk of social media is a tough battle ground.

This is very much unlike the PMs.  They may have debated the moral hazard of wearing masquerade.  But their own unique style of being PMs allowed them to deal with such matters as being irrelevant.  They were focused, just as PMs can be, on one thing, and that is on having fun, completely oblivious to the world around them.

And good on them for that.  Stand proud PMs, stand proud!

Mark Nicholls.
Managing Director, Information Professionals.
Mark is one of Australia’s most trusted IT & Change Management advisors. He also has other entrepreneurial business interests that he operates through MaidenVoyages.